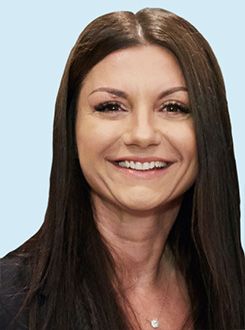 Since joining Cydcor more than 20 years ago, Vera Quinn has been a driving force behind the company’s success. Vera was named President in 2015, and in 2016, Cydcor achieved a record year in revenue. Vera is primarily accountable for cultivating strong client relationships and ensuring sustained revenue growth. She heads Cydcor’s retail, residential, and business-to-business divisions and is responsible for broadening Cydcor’s reach through strategic business development and new client acquisition. Vera oversees campaign management, field management, and a variety of company support functions.

In her previous position as Chief Operating Officer at Cydcor, Vera was integral in increasing revenue, initiating the expansion and diversification of Cydcor’s client base, focusing on the advancement of Cydcor’s independently-owned sales offices, and playing a vital role in the proliferation of Cydcor’s professional, face-to-face sales business.

Vera embodies the power of Cydcor’s opportunity-based business, having risen up from within the ranks all the way to the C-suite. She has held positions across multiple disciplines at Cydcor, each tapping into her strong leadership skills, drive for growth, and commitment to having a positive impact on others. She was named Vice President of Operations in 2005, Senior Vice President of Sales Operations in 2008, and Chief Operating Officer in 2011.

Vera studied political science and history at the University of Toronto.